It took me a while to figure out why it made me feel so uncomfortable. Three words, a title on the cover of an organization’s seasonal magazine: “Delivered From Darkness.” For years I’ve sponsored a child in school in Kenya, through this Christian organization. They do faithful, effective work, even though they are not my personal flavor of Christianity; my husband and I have even visited two of the sites of their programs. But that headline, which referred to the story of an African child the organization had effectively gotten out of the custody of a voodoo shrine, that headline made my skin crawl. It was as if someone had turned on a light with a dimmer switch, just one notch, so I could make out the shadows, but not see the whole room. Something felt wrong, but I couldn’t see clearly why.

I came to the adult Bible Study here in mid-November, wielding that magazine along with a commentary from the Disrupt Worship Project that warned about all the light and darkness imagery in Isaiah 9, our text that week, and coming up in Advent. Such as “A light shines in the darkness and the darkness did not overcome it.” If we were reading these verses in Hebrew or Greek, it would be clear that we are talking about brightness or illumination and a lack thereof. But we’re hearing them in English, where they are the same words we use for skin tone: light skin, dark skin. The associations in our brains between the dark side and evil and light as good are significant. Stars Wars, anyone? Unpacking these words matters, since the original sin upon which the prosperity of our nation was built and from which we are still reeling was slavery according to skin tone.

That was it. That’s why that headline felt so wrong to me. It was a primarily white organization based in Colorado Springs, reporting on going into “dark” Africa to rescue a child. It was outright emphasizing that light was good and dark was bad, in symbols and in race and culture.

Yet we cannot address it if we can’t talk about it. This week I heard Marlon James, a Jamaican-born writer and professor at Macalester College, talking on MPR about the 6 month anniversary of the “not guilty” verdict in the case against Geronimo Yanez, the police officer who killed Philando Castile, near the state fairgrounds in the summer of 2015. Professor James lamented that people insist on seeing themselves as “good people;” so we only want to see racism as a malicious problem. If I’m not a malicious – intentionally harmful – racist, then I’m not one at all. There are malicious racists, of course, and now they think it’s fine to be public about that. But if at base level racism is a systemic problem, then even those who think we are not can talk about or have pointed out to us how we are contributing to the problem at any given time, without becoming horribly defensive about it. Because we are part of the system, and we can’t see clearly to change anything unless someone turns the light on.

Maybe our refusal to recognize systemic problems comes from that core value of American individualism. The individual has the power to make her own story, chart her own course, pull herself up by her own bootstraps and make something of herself! Yet just making those pronouns female made my heart ache at the sadness of how circumstances can be stacked against girls and women, without tons of allies and support people fighting the systems with us. We might be a nation of individuals striving, but we have some systemic problems.

The first step is to see clearly what we are doing.

Only then can we also see clearly what God is doing: bringing grace and truth. Grace upon grace. Through seeing clearly.

God came to what was his own, and his own people did not accept him. There’s some systemic sin. But to all who received him, he gave power to become children of God, who were born, not of anything human but of God. He changed the boundaries for belonging to each other and to God’s family. God called out all the things we think make for belonging. Or maybe he just illuminated what was always true but we couldn’t understand until God physically did it Godself.

(God speaking now) Look. I’ll come into your messed up, hidden devious systems. I’ll take a mirror to your imagery and words and insinuations, just by showing up. I am here. And I choose you to be my closest kin. And the one who oppresses you. And the one you have been keeping down, unwittingly or intentionally. Now maybe you are not impressed by any club that would have you as a member, but the lights are on, so notice with clarity: I am becoming one of you, to embrace you all, together.

Can we see that clearly? None of us is any more of a “good person” than the others, but everybody is dragging our baggage into this family. Relationships require truth-telling, confession, forgiveness, and grace upon grace.

The grace and truth came through Jesus Christ. Unconditional love upon unconditional love. The poetry of John 1 specifically de-bunks any entitlement or inheritance ideas we might have about belonging in God’s family. We didn’t get here by “the will of the flesh” or the “will of man”. It’s not our parents’ will or our own will or anybody else’s will, but God’s will that makes us children of God. God chooses (God knows why) to adopt us:

Knowing that we tend to stumble around with only the dimmest source of light most of the time.

Knowing that we are afraid of the full brightness showing who we really are, or the space that we prefer to keep between us and other people.

In that hostile environment God chooses to establish a new family.

And God does it, not in the way I tend to quell arguments between our kids, just stopping it by force: “No more. No more arguing, no more crying. Or there will be no Netflix!” No, God doesn’t shut down the conflicts by force or threats and make us be a family. God instead chooses to enter this family as a dependent, vulnerable, and at risk child, because of all the systems rigged against him. That is to say, God’s love is so unconditional that God chose not to protect his only begotten child from us, but to put him at our mercy.

As we wrap up Advent, let us have ourselves a real Christmas, full of grace and truth like the Word Made Flesh – one where we can see ourselves and our neighbors clearly, as God does, and still love unconditionally. 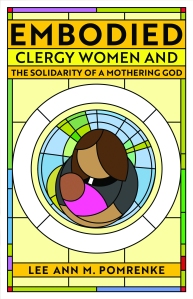